Letter to VP Pence re His Constitutional Duty in Counting Electors

I urge you to read and adopt the constitutional understanding urged in Gohmert v. Pence in the count of the elector votes on January 6.

I know it would be easier for you to take the actions that are within your plenary constitutional power and duty if the federal judiciary issued an opinion in agreement with the reasoning in the filings of the plaintiffs in Gohmert v. Pence, but your oath is to your best understanding of the text of the document and intent of the framers, not what others, even a court, tell you it means.

To save the Constitution, the Union, rule-of-law, the trust of the American people in our government, and liberty, I believe you have a constitutional duty to do the following on January 6:

Here is a summary of the logic of the constitutional reasoning in Gohmert v. Pence by the plaintiffs:

The happy situation here is that you, by acting according to your best understanding of your constitutional power and duty and the facts, have the power to save the very document you have sworn you will follow.

I am not the only one who has said that if the coup in progress is allowed to prevail, rule-of-law, our Constitutional Republic, potentially our Union, and our liberty will be greatly damaged, if not lost.  And restoring constitutional, limited government might not happen for generations.  Indeed, if the theft of the election is allowed to stand, we may enter that thousand years of darkness that Ronald Reagan talked about in his “Time for Choosing” speech in 1964.

I believe you to be a man guided by morality and principle.  It could be that you are hesitant to exercise your constitutional power to stop the coup because you know that it will be viewed by some as self-interested.  After all, if you do your constitutional duty, you will gain another term as Vice President.

Please understand that this is a decision based on principle – the principles of the Constitution and the principles that stealing is wrong and violating the individual, natural rights of the citizens of the United States is wrong.  The people you will be serving by following the Constitution are not only current citizens of the United States, accurately representing their true votes.  But you will also be serving millions if not billions of Americans and others around the world by preventing them from living miserable lives under tyranny. By exercising your constitutional duty, you will not be engaged in a selfish act, but a selfless one.

I will remind you that two Presidents of the Senate have exercised their plenary constitutional power to count disputed electors they thought most proper in our history.  One was Thomas Jefferson who counted electors that ultimately made a difference in him becoming President.  I am glad for America that he did.  It meant that we were free much longer than we otherwise would have been.

I have one alternative procedural path you may wish to take that may give the American people more information from which they can judge your decision in this matter.  Although I believe you put yourself in the best procedural posture for a correct count by following my first procedural point above, you may choose to use the debate that comes from Section 15 of the Electoral Count Act when a decision is counted and objected to, to educate the American people.

So, call this alternative 1A.  When Arizona comes up, note that there are two sets of electors and declare that it is your intent to count the electors certified by the governor (the Biden votes).  Then, at least one House and one Senate member will present an objection in writing to that count using the procedure in Section 15 of the Electoral Count Act.  This will split the two chambers apart for debate, where evidence of the coup can be presented to the American people, many of whom because of massive media and big tech censorship, will hear it for the first time.  After such evidence has been presented, you can sustain the objection and refuse to count any Arizona votes after seeing the evidence of how the election was not conducted in accordance with the manner directed by Arizona law.

If you choose alternative 1A, you still will have to declare the default provisions of Section 15 of the Electoral Count Act to be unconstitutional and to declare that it is your decision to make about what votes, if any, to count under the Twelfth Amendment.

In addition to the filings in Gohmert v. Pence, I have read several other articles on this topic which may interest you.  Here is one at The Epoch Times by Peter Svab.  And another at American Thinker by Ted Noel.

Know that you are in our prayers as you make this momentous, historic decision. 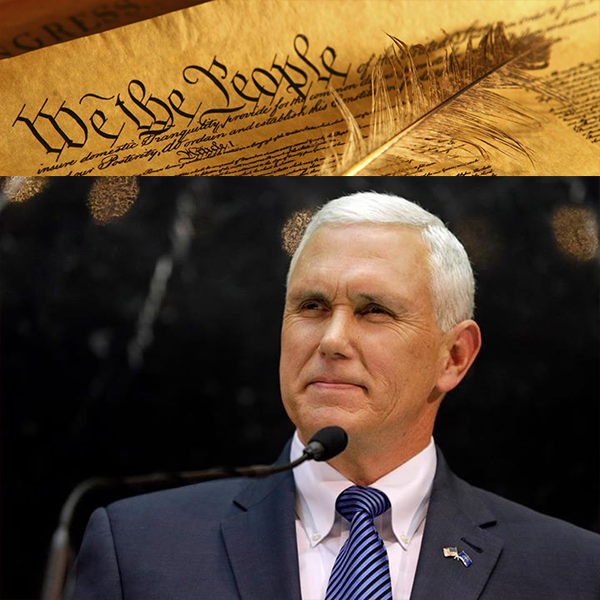