Glenn Beck Wants Sanctuary States for the Bill of Rights

Mark Meckler, the founder and president of Convention of States (CoS), appeared on Glenn Beck on Monday, January 26, 2021, to discuss the progress of the application for a convention that CoS has been pushing (and that passed in Texas in 2017).

Mark told Glenn that 16 states of the necessary 34 have made the application so far. Glenn asked the question about how soon Mark expected the application to reach the 34 states that will trigger a convention, clearly expecting it to get done quickly. He was disappointed to hear that Mark did not expect the number to be completed until the end of 2024.

When asked, Mark blamed the John Birch Society for slowing the progress. He also said that only 31 state legislatures are GOP controlled, and that Democrat legislatures are less likely to pass the CoS application.

Toward the end of the interview, pretty obviously because he was hoping that CoS could be a solution to our short term tyranny problem, asked about turning states into "Sanctuary States for the Bill of Rights." He said his idea of that was that when the federal government was violating the Constitution, states would say, "We are not going to do that. We are just not." He worried that the feds would intimidate states into not doing that by withholding federal funds. Then he asked Mark Meckler what he thought about that as an interim solution until CoS kicked in.

Mark Meckler said he thought that was a fine idea! 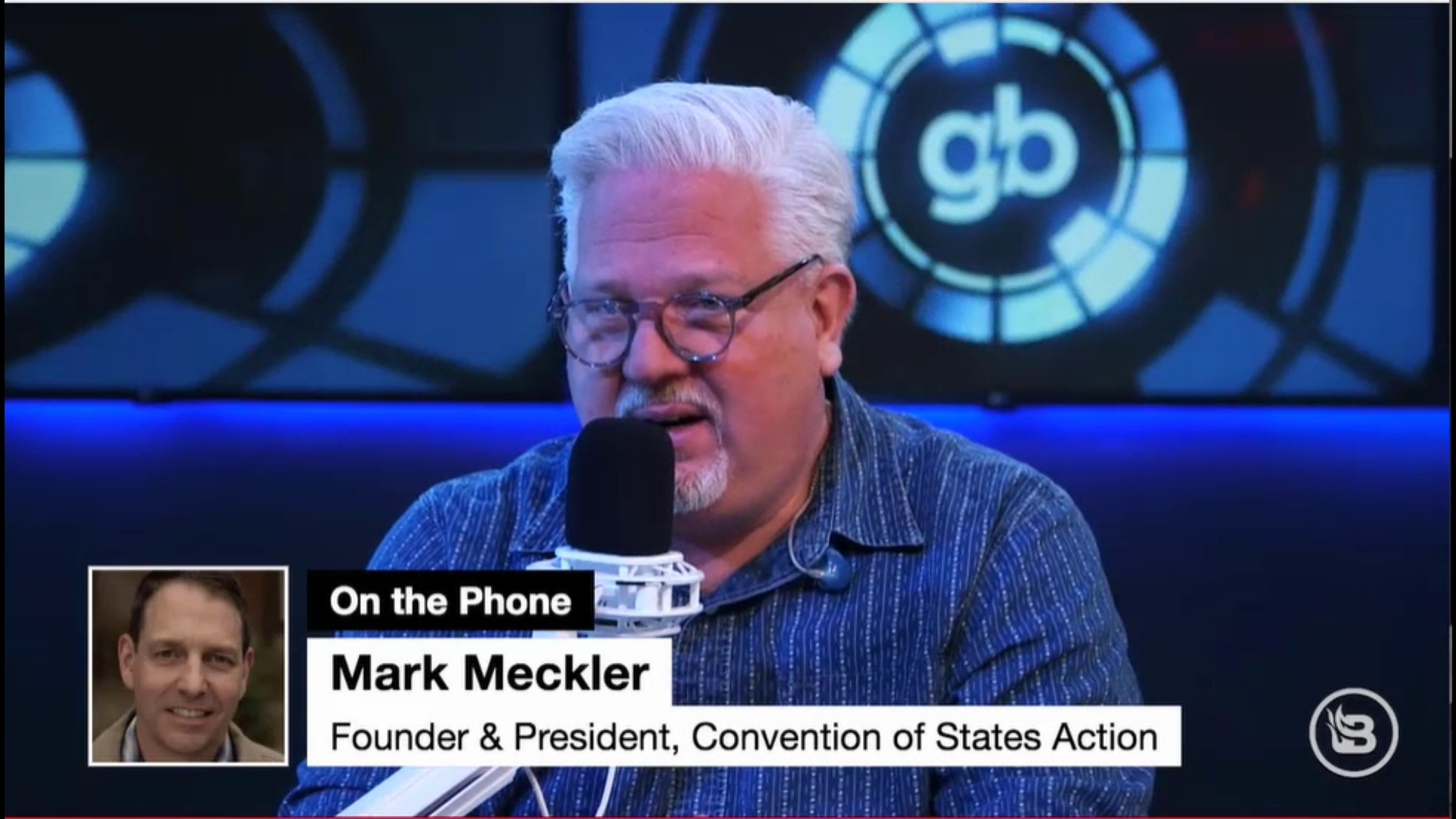 Mark also mentioned his opposition to secession along the way, even though it is clear that he thinks the push for it very evident. His main objection to secession is that he does not think it can happen peacefully.

We in Texas Constitutional Enforcement will keep on preaching and advocating for the Lone Star State unilaterally enforcing the Constitution within its borders, using the Texas Sovereignty Act (HB 1215) as our flagship vehicle.

I hope that Glenn Beck figures out that the Texas Sovereignty Act is the mechanism by which Texas becomes a Sanctuary State for the Constitution and Bill of Rights!

Note that officially, this group does not take a position on CoS or secession. Our uniting principle is that we want our liberty protected, and we think that enforcing the U.S. Constitution against the feds (and the Texas Constitution against state officials) is the strategic way to win our liberty back. We have people in this group who support CoS and vehemently oppose it. We have people in this group who want to move quickly to secession and those who do not think that the prudent path to liberty yet. We recognize proponents of CoS and secession as people who share our passion for being free and consider them to be fellow travelers. We just prioritize constitutional enforcement as the quickest path to liberty. 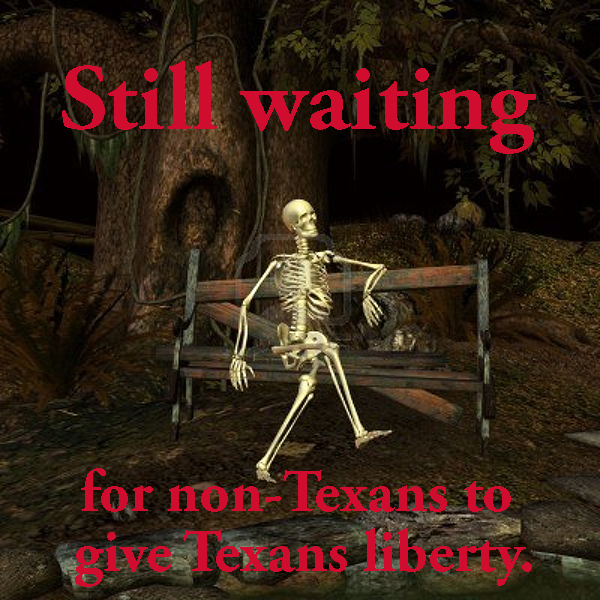