Right to Use Cash and Cash Substitutes

An essential part of keeping Texas strong and free from federal interference is the protection of the financial health and privacy of Texans.  An unstable dollar can destroy the wealth that Texans have spent a lifetime producing.  Texas cannot allow global financial elites to force Texans to use and pay for their services, leaving all of their financial eggs in one basket, subject to devaluation and confiscation.  And Texas cannot allow their financial privacy to be destroyed being forced into having every financial transaction they make subject to scrutiny by prying government officials, competitors, and employers.

But the global elites and powerful interests have been telling us for a number of years now that they plan to do exactly that to Texans – destroy the wealth we hold in the U.S. dollar, force us into using financial services, and creating the ultimate tool for the police state which will end financial privacy.

Fortunately, Texas now has a way to head off this looming disaster.  We have the proposal called the Right to Use Cash and Cash Substitutes introduced for this 2021 legislative session.  The proposal is to add to the Texas Bill of Rights an explicit recognition of the natural right to keep and store our wealth in the form we think best and to use any medium of exchange that people mutually agree upon.

Why Texas Needs an Addition to the Texas Bill of Rights

The proposed addition to the Texas Bill of Rights

The right of the people to own, hold, and use a mutually agreed upon medium of exchange, including  cash, coin, bullion, digital currency, or scrip, when trading and contracting for goods and services shall not be infringed.  No government shall prohibit or encumber ownership or holding of any form or any amount of money or other currency. Nothing in this section shall be construed as restricting this state or a political subdivision of this state from only accepting payments made or entering into transactions using certain mediums of exchange.

Reducing the risk of financial insecurity for Texans should be a key priority.  Enabling Texans to prepare for and weather financial storms by using the media of exchange and store of wealth that best meets their needs will enable the Texas economy and Texans to better thrive through whatever the future holds.

Being forced to use finanical services instead of storing and using the currency of choice builds the police state because it allows governments to:

If anything unites Texans across party and ideological lines (from Occupy Wall Street to the Tea Party), it is a dislike of the use of government to benefit out-of-state financial elites at the expense of Texans.

To become part of the Texas Bill of Rights, HJR 100 must receive bi-partisan two thirds support of both the Texas House and Texas Senate to be put in front of the voters who must approve it on November 2, 2021 by a majority. 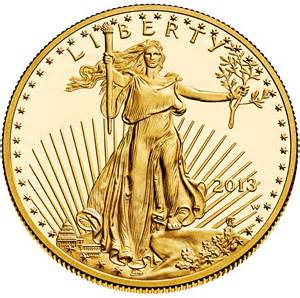