Executive Orders are Not Law!

No one should comply with an executive order directed at citizens and no law enforcement officer who wants to honor his or her oath should have anything to do with attempting to enforce it.

Here is the Texas separation of powers constitutional provision:

ARTICLE 2. THE POWERS OF GOVERNMENT

Sec. 1. SEPARATION OF POWERS OF GOVERNMENT AMONG THREE DEPARTMENTS. The powers of the Government of the State of Texas shall be divided into three distinct departments, each of which shall be confided to a separate body of magistracy, to wit: Those which are Legislative to one; those which are Executive to another, and those which are Judicial to another; and no person, or collection of persons, being of one of these departments, shall exercise any power properly attached to either of the others, except in the instances herein expressly permitted. 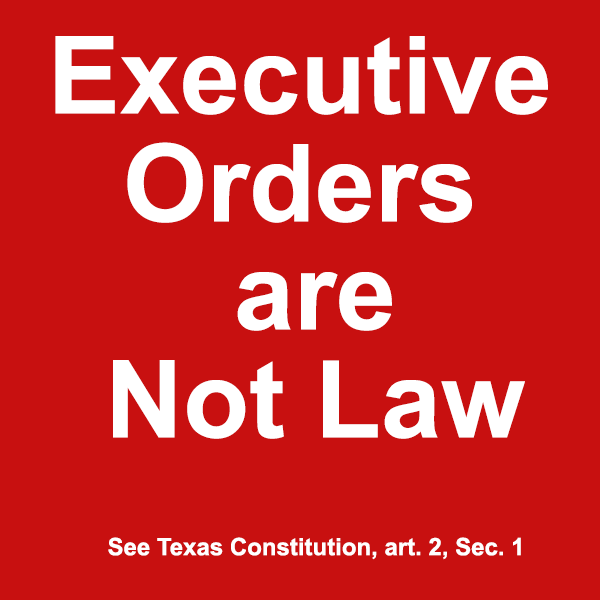